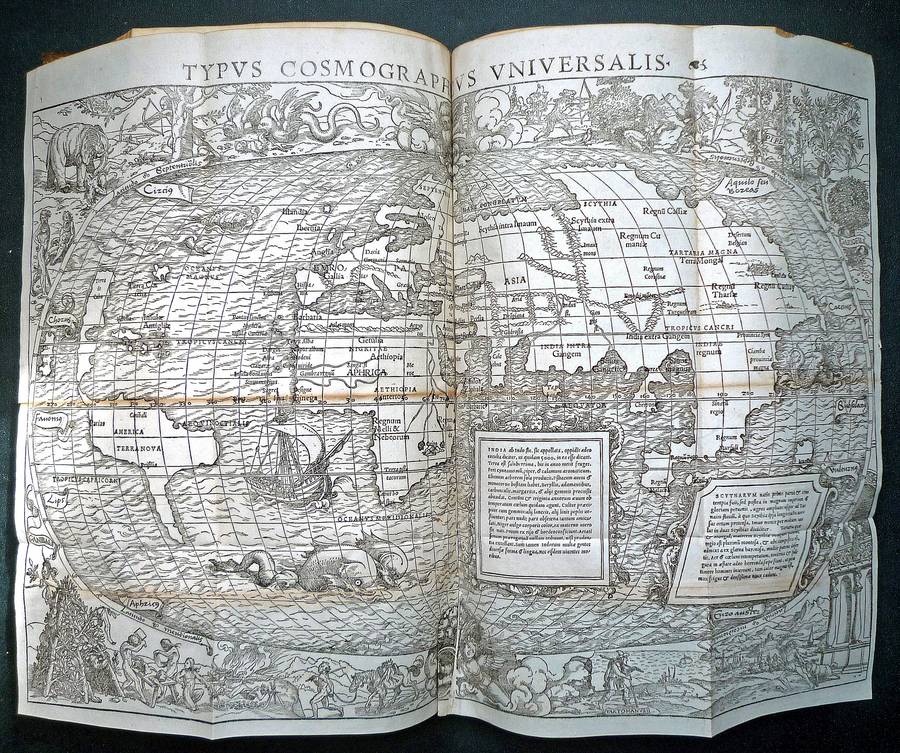 Woodcut initials to each story.

A few woodcut illustrations in the text.


Latin edition of 23 books (texts) on the earliest voyages of discovery including Cadamosta (Cape Verde 1455; 1456); Columbus (1492; 1493) ; Pinzon; Vespuccis four voyages; Marco Polo; Michow (Poland); Peter Martyr: de Insulis; Transylvanus on Magellans circumnavigation and Cortes second and third Carta de relacion (1522; 1523) these and others introduced by the Renaissance humanist Simon Grynaeus and an extensive explanation of the map by Sebastian Münster.

In a short essay Sebastian Münster describes the map and how it can be used to follow the journals of Columbus, Vespucci, Varthema and others in the rest of the book. The map, which carries no date or authors name appeared in the first edition of Novus Orbis.. in 1532. The map is generally attributed to Münster, the decorative engravings to Hans Holbein the younger. It is a woodcut, printed on two sheets of paper, glued together. Both have the same watermark, a ball and a flower. An old tear which started at the stub that bound the map in the book has been restored to invisibility.